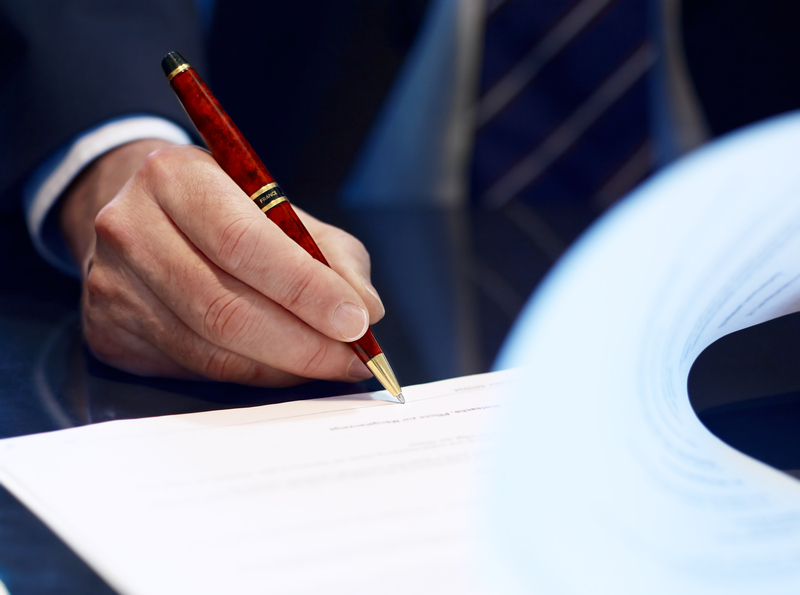 Contracts – we “sign” them all the time (does the phrase “I agree to these terms and conditions” sound familiar?), or more correctly – “click” the button.  But how often do we really take a good look at the terms that we become bound by.

Sometimes this works toward our detriment. For example, a contract or agreement might contain “ambiguous” language.  Ambiguous means the language is not completely clear and “is capable of more than one reasonable interpretation” (In re Weidner, 2019 UT App 10, ¶17 (Utah Ct. App. 2019), citing WebBank, 2002 UT 88, ¶20 (Utah 2002).)

The best fix to ambiguous language in an agreement is to catch it before you sign it. Usually you work with the other party to amend the language before signing, to make sure all parties clearly understand what is intended in the contract and what their obligations and duties are. This could prevent a lot of hassle down the road.

However, oftentimes ambiguous language is not caught until a dispute arises later between the parties. A court might be tasked with deciding how an ambiguous provision in a contract should be interpreted. In other words, a judge might have to tell the parties what their respective obligations and duties are.

But how does a Utah court interpret ambiguous language in contracts?

First, a judge would look at other parts of the contract, to see if the other language helps to define the ambiguous language. The judge would “’consider each contract provision in relation to all of the others.’” (Weidner at ¶17, citing Cafe Rio, Inc. v. Larkin-Gifford-Overton, LLC, 2009 UT 27, ¶ 25 (Utah 2009).)

In a recent 2019 decision, the Utah Court  of Appeals evaluated an ambiguous provision of a contract in the case In re Weidner. The question was whether a certain provision should be interpreted to mean that a certain party, which had previously been Court-appointed as a guardian and conservator, entered into a contract in the party’s individual capacity, or in the party’s capacity as guardian/conservator. To try to answer this question, the Court first looked closely at all the other provisions in the contract to see if clues could be found. The Court found that in certain parts of the agreement, obligations of the party were described which originated from the party’s role as a guardian/conservator. But in the provision at issue, the type of language used was a little different than those other provisions.

However, these clues offered by the other parts of the contract weren’t very strong. The Court found that “[t]he contrary interpretations … are both reasonably supported by the language of the contract.” (Weidner at ¶20.)

So in its attempt to determine “‘the parties’ intended meaning,’” the Court’s next step was to turn to “’extrinsic evidence of [the parties’] intent.’” (Weidner at ¶20, citing Florence v. Colbert, 2011 UT App 72, ¶2 (Utah Ct. App. 2011).) In other words, courts next try to discern and make factual determination about what the parties intended the contract to mean, at the time that they signed. The parties are allowed to bring in evidence to show what their intent was during that time period. (For example: emails they exchanged between each other prior to signing the contract.)

If you find yourself in a situation where you’ve signed a contract, but now there is a disagreement as to what a certain part of the contract means, you’ll want to first look at the other language in the contract. Do the other provisions provide any definitions of terms, helpful context, or other clues that make the unclear terms now clear? It is wise to visit with a Utah attorney who is experienced in contract disputes and knows what to look for. Keep in mind that a Utah court could also potentially allow for other evidence outside of the contract to be presented, to help show what the parties understood and intended at the time they signed the contract. If you’re not sure that the evidence would clearly sway the court one way over another, if you’re not sure what type of evidence would be permitted, and/or if you have other questions, it is always wise to meet with a competent, experienced Utah Attorney.